Step Away from the Screen and Make Something 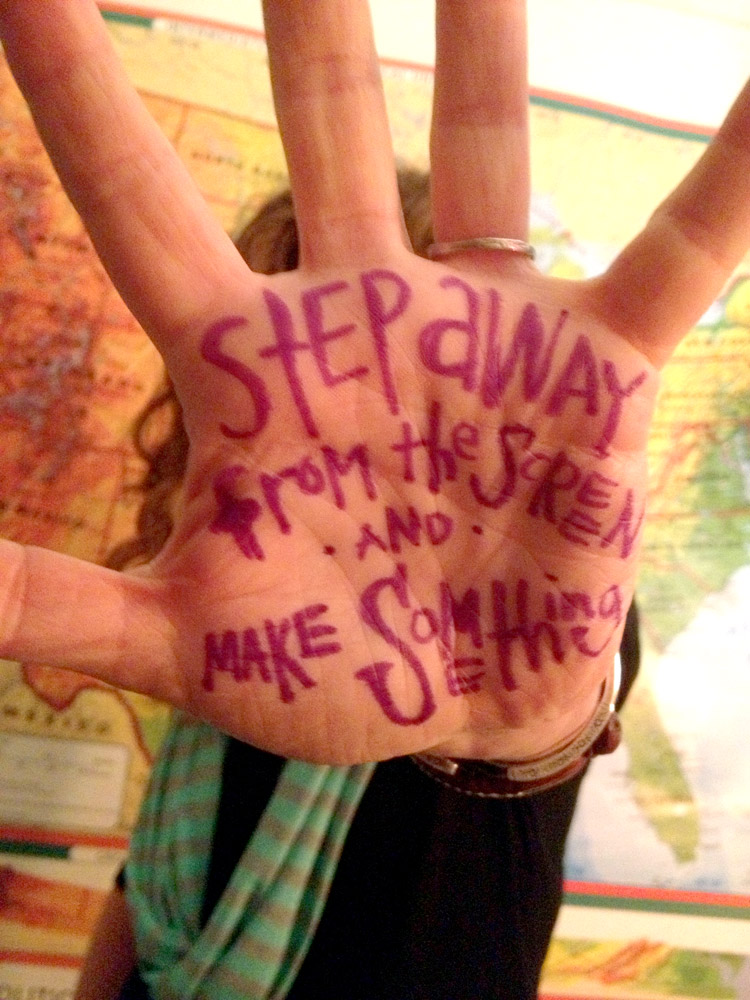 But I’m not so naïve as to think I can live a life without them.

So instead I have set out to change my relationship with screens. To make my time on the screen more mindful and less mindless. To spend less time curating and more time creating. To use screens more responsibly. I’ve done this by setting two goals for myself:

Hopefully, after a year of staring at these words, I’ll learn.

Are you addicted to screens? What do you do when you feel like they’re taking over your life? I’d love to hear.